Nigeria has a dual economy with a modern segment dependent on oil earnings, overlaid by a traditional agricultural and trading economy. At independence in 1960, agriculture accounted for well over half of GDP, and was the main source of export earnings and public revenue. The oil sector, which emerged in the 1960’s and was firmly established during the 1970’s, is now of overwhelming importance to the point of over-dependence: it provides 20% of GDP, 95% of foreign exchange earnings, and about 65% of budgetary revenues. Competition between ethnic and regional groups for power and access to the country’s oil wealth has been at the root of politics in Nigeria.

The largely subsistence agricultural sector has not kept up with rapid population growth. Nigeria, once a large net exporter, now imports food though the Administration of President Umaru Musa Yar’Adua has introduced far-reaching policy initiatives to reverse this trend and attain national food self-sufficiency. Based on GNP per capita, Nigeria is among the world’s 20 poorest countries. Economic growth since the early 1970’s has been erratic, driven primarily by the fluctuations of the global oil market. During the 1980’s and 1990’s Nigeria faced growing economic decline and falling living standards, a reflection also of political instability, corruption, and poor macroeconomic management (most notably the failure to diversify the economy).

Fundamental economic reforms were introduced by the Administration of President Olusegun Obasanjo which resulted in a stable macro-economic environment, including debt relief. A major debt deal led to massive reduction in Nigeria’s debt from over US$36 billion in 2004 to a mere US$3.6 billion in 2008. President Umaru Musa Yar’Adua has intensified economic reforms on the basis of the foundation laid by his predecessor. Between 2004-2008, the country’s GDP grew two-fold to $209.5 billion and at an impressive rate of 7%. This was the best performance for many years, above the regional average of 6%.

The country’s GDP recorded an average growth rate of 6.3% between 2006 and 2008. This was largely fuelled by the growth of the non-oil sector, including the phenomenal increase in the price of crude oil before the sharp decline of 2008, made worse by the global economic meltdown.

This sector has suffered a relative decline because of the dominance of oil in the economy, but it still accounts for 33% of GDP (2005) and provides employment, both formal and informal, for a large majority of the population. Attempts to revive agriculture have been largely unsuccessful. Although Nigeria previously had a strong export sector, the range and quantity of products has declined sharply: in the early 1990’s only cocoa and some rubber and palm products were being exported. Cash crops include cocoa, rubber (nearly all exported), coffee, cotton and palm kernels. The palm oil sector, which was a foreign exchange earner in the 1970’s, is being redeveloped.

Agriculture is still dominated by traditional smallholders raising subsistence crops such as sorghum, maize, cassava, yams, millet, rice and increasing quantities of wheat (up to 70% of which is for their own consumption). Arable potential has been put at 25% of total area, of which about 12% is cultivated.

Plantations and commercial agriculture sometimes owned by, or in partnership with, multinational corporations, are gaining ground in producing good crops and raw materials for company use (e.g. grain for breweries). Irrigation schemes, higher producer prices, the expansion of credit and improvements in the rural infrastructure are beginning to show results. Livestock farming is important, and poultry farming is rapidly increasing.

The industrial sector contributed 4.8% to GDP in 1998 and employed 8 % of the workforce. Emphasis has shifted towards more low-cost, integrated, high value-added industries which rely on local rather than imported raw materials and capital goods, and on shifting production away from Lagos. Although it has benefited since 1985 from lower exchange rates, industry is still vulnerable because of the high proportion of imports among its inputs. Manufacturing is dominated by light consumer goods and is oriented towards import substitution. The adverse general situation in the country and low demand has pushed the estimated capacity utilization rate below 30%. Beverages, textiles, cigarettes, food processing and soaps continue to account for over 60 % of total manufacturing output.

Nigeria used to be one of the largest producers of tin in the world, with production based around the highland district of Jos. Production collapsed from an average of 10,000 tonnes per year in the 1970’s to 300 tonnes in 1995. Tin reserves are estimated at 16,000 tonnes. Independent estimates place iron ore reserves at 800 million tonnes, averaging 37 % metal content. Iron ore mining began in 1984 and 1989 reported a stockpile of over 500,000 tonnes. By 1997, it was unlikely that iron output was more than 50,000 tonnes per year. Iron ore deposits are being exploited with the long-term aim of supplying the requirements of the national steel industry. Deposits of uranium, lead, zinc, tungsten and gold are not yet exploited. There are 65 sites in Nigeria where gold has been located. By mid-1999, field appraisals had recommended nine as being ready for exploitation.

The petroleum sector is the mainstay of the economy, contributing 36% to annual GDP, 75% to government revenues and accounting for virtually all foreign exchange earnings. At end-1998, total oil reserves were estimated at 22.5 bn barrels, sufficient to give close to another 30 years of output. Nigeria ranks as the sixth largest producer in the Organization of Petroleum Exporting Countries (OPEC) and by far the largest in Africa.

The US$4bn Nigeria Liquefied Natural Gas Scheme, Africa’s single biggest engineering project, started producing liquefied natural gas at the plant at Bonny Island, near Port Harcourt, in 1999, then civil unrest in the Niger Delta region interrupted production. However, the new approach adopted by President Yar’Adua’s Administration in resolving the Niger Delta crisis has started to have a positive impact on peace and oil production in the area. By August 2009, Nigeria’s oil production has reached the 1.7 million bpd, this being the country’s OPEC quota; having fallen to barely 1 million bpd in the last year.

In 1995 the government made a move towards deregulation of the economy. More recently it has followed up with earlier promises of privatization and exchange-rate reform. The two-tier exchange rate system was abolished by the government in January 1999 and the price of petrol was reduced by 20%; in May 1999 a bill was passed to pave the way for the privatization of major utilities. The country is now undergoing substantial economic reform under the new civilian administration, but is at a crossroads in its economic policies, facing a choice between further liberalization and greater reliance on the private sector, or remaining dependent on the public sector. By 2001 Nigeria’s wide-ranging privatization scheme was behind schedule, it had failed to reach agreed policy targets set with the IMF, and the IMF had expressed concerns over the expansionary 2001 budget. Opposition due to the loss of sources of patronage is considered to be an important factor in the slow pace of privatization.

In January 2001, the government announced a new poverty reduction programme the Poverty Eradication Scheme to which US$231m was allocated. The existing Poverty Alleviation Programme introduced in 2000 had fallen far short of its aim to create a total of 200,000 new jobs.

Nigeria has a major debt problem – at the end-1997 it stood at $28.5bn, representing 76% of GNP and 157% of annual export earnings; at the end of March 2001 the IMF estimated debt to have reached US$32,3bn. As part of external debt management, there was a major clampdown on the issue of new foreign loans by government ministries. By December 2000, foreign reserves had reached US$9.26bn, representing seven months of import cover. By June 2008, Nigeria’s external reserves, which soared to $54 billion in November 2008, had declined to $43.46 billion. The decline arose from the current global economic meltdown, phenomenal drop in the price of crude oil and supply disruptions from the activities of militants in the Niger Delta region.

During the course of 2000 the Paris Club agreed to reschedule US$23.4bn of Nigeria’s debt, with effect from April 2001, on condition that the government keeps to its agreed IMF reform programme, resulting in the major breakthrough in debt cancellation in 2005.

The Department of International Development (DfID) is responsible for the delivery of UK bilateral assistance to Nigeria. Nigeria is the ninth largest recipient of British bilateral aid, and has thus received relatively little assistance from Britain, compared to the average of sub-Saharan Africa. DfID programme in Nigeria was worth £35 million in 2003/2004, reaching £100 million in 2007/2008 and substantially to £120 million in 2009/2010. This is directed at three main themes: governance, including transparency and accountability; non-oil growth in trade and agriculture; service delivery, particularly for health and education services. Other major aid donors include the USA, the EU, Japan and China. 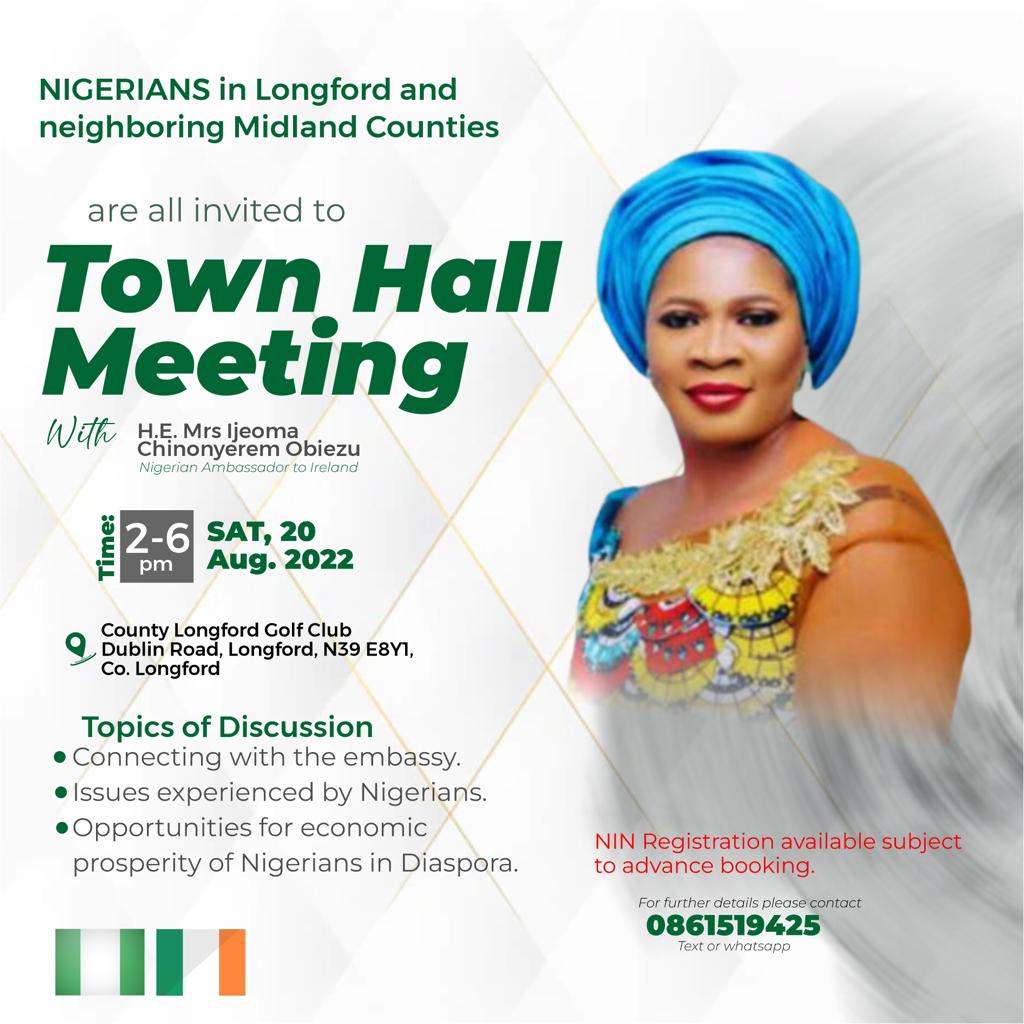 This will close in 800 seconds